This lovingly grown pure white bean is the Queen of Beans! 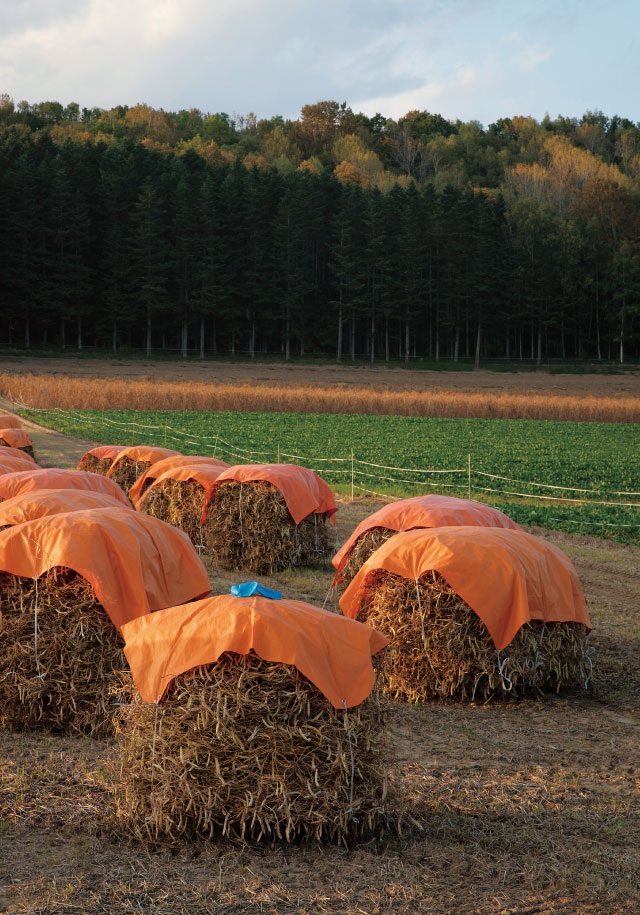 White flowering beans (shirohana-mame) are named after the delicate white flowers that grow along with these pure white beans. They are also called the “queen of beans”, and are considered a high-grade bean. Their vines grow over 3 meters high. Drive past the farms on Route 39 in summer and you’ll see their beautiful white flowers, as well as the red flowers of the purple flowering beans. In the autumn, bales capped with blue or orange tents can be seen here and there. 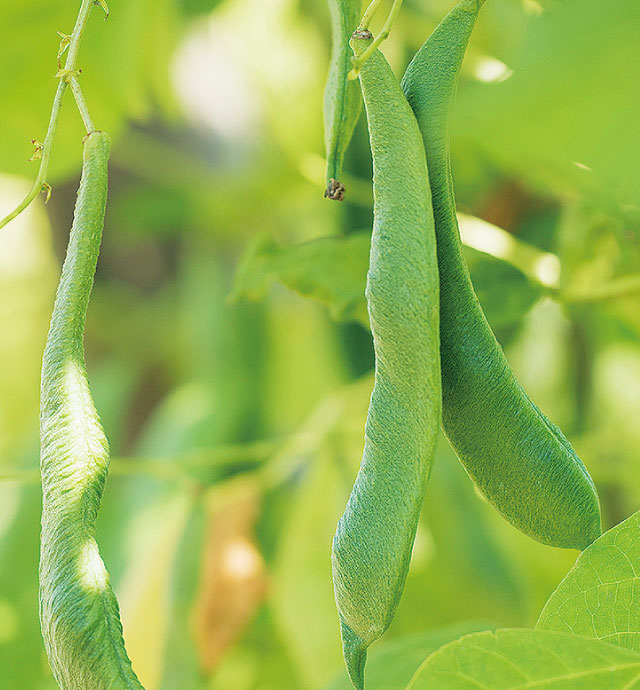 The Rubeshibe area is Japan’s top producer of white flowering beans…and the farmers grow them almost entirely by hand!

They plant the seeds in spring, then when the vines start to grow, they set up stakes called metake to support them. Because the vines grow over 3 meters high, the farmers wind each vine around a stake by hand. By summer, the fields are full of white flowers. In autumn, the dead vines are removed from the stakes, arranged in bales called niotsumi and left to dry naturally for two weeks to a month. Many people balk at this process due to how laborious it is and how much manual labor is involved, but all the work and passion that the farmers put in just makes each bean all the more valuable. White flowering beans are considered a high-grade bean because of their rarity and high quality, but can be enjoyed at a steady price. These lovingly grown beans support a community. 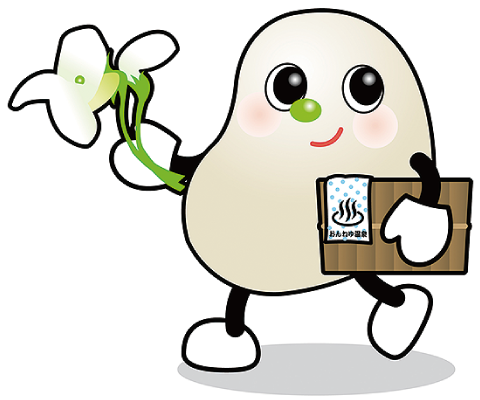 White flowering beans are highly nutritious, with plenty of minerals, iron, protein and fiber. They are mainly used as a base for white bean paste in Japanese luxury sweets, but can be found in numerous other forms of Japanese and Western style sweets, as well as various other dishes. There’s now even honey made entirely from Rubeshibe white flowering beans. 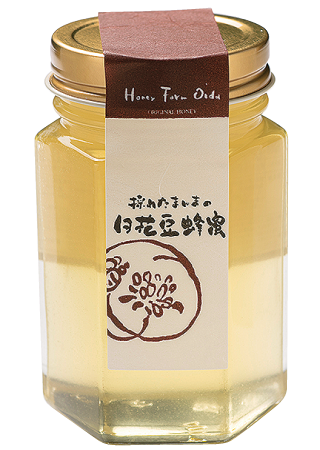 Representatives from Oida Honey in Gifu Prefecture visit Rubeshibe every year during the flowering season of the white flowered beans to extract honey. The 100% white flowering bean honey from Rubeshibe is sold at hot spring facilities in the area, such as Oehonke Hot Springs and Shiobetsu Tsurutsuru Hot Spring Store. 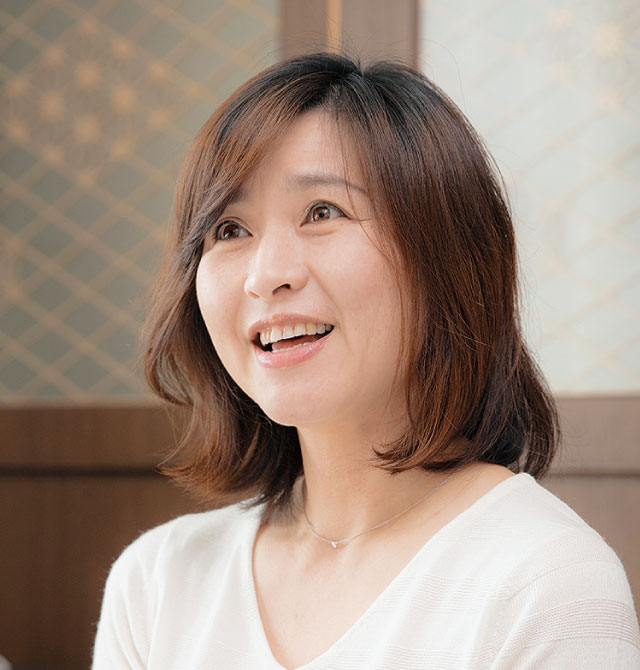 Hiromi Moriya is the fourth generation of a farming family that has farmed in the area for over 80 years. Her grandfather, a member of the second generation, was the first in the family to start growing white flowering beans, and Ms. Moriya shares his strong passion for them. 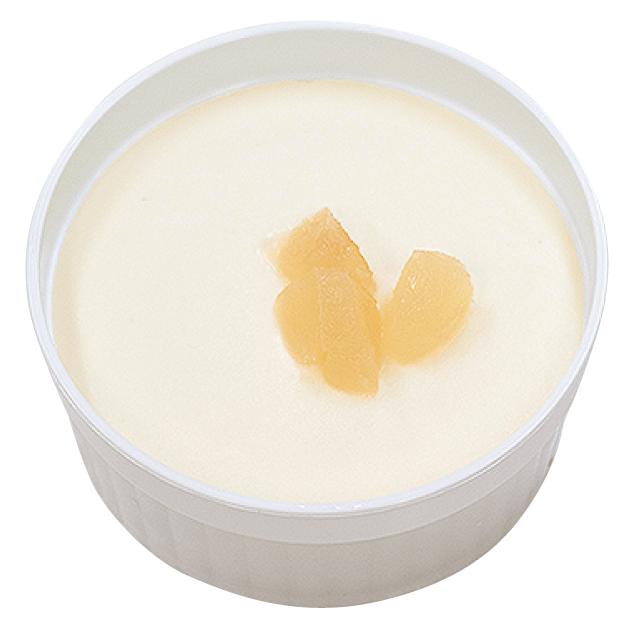 It is made and sold at Fujiya Confectionery, a local sweet store.